Anne Campbell serves as a member of the Venue Solutions Group Operations Evaluation and Analysis Group Benchmarking Team, as VP of Premium Service Development, where she brings nearly two decades of venue and sports consulting expertise.

Anne began her career working with the Detroit Lions in ticket sales before moving to the premium suites department. She played a critical role in helping the transition the Lions to Ford Field when it opened in 2002 and assisted with the renovation of the stadium’s suites and clubs in 2017. As the Suite Services Manager, Anne served as a direct liaison to suite holders and coordinated their ticket, parking, and operational needs for all events at the stadium. Additionally, Anne assisted in generating client contracts and league/financial reporting, managed the departmental budget, participated in staff training, as well as coordinated suite-related gameday activities, planned suite holder road trips/events, and managed other client relationship responsibilities.

Prior to the Detroit Lions, Anne held key roles for Olympia Entertainment, the USA Hockey National Team Development Program, and the University of Michigan Athletic Department.

Anne was a member of the Association of Luxury Suite Directors, served on its Board of Directors, and often participated as a presenter and moderator at its annual national conference. 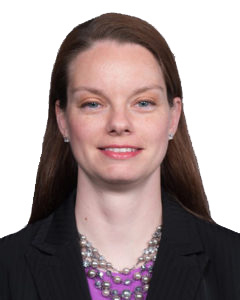 Maximize your experience and results today.